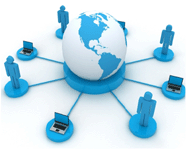 StenEd Theory - Founded shortly after the first CAT systems appeared, StenEd has been creating stenotype educational material that takes full advantage of computer technology for over 25 years. Taught in more schools than any other theory, we continue to expand and refine our products to provide the most effective and comprehensive material available for all stenotype professions.

Phoenix Theory - Phoenix Theory is written primarily by sound and incorporates a simple Vowel Omission Principle which virtually eliminates spelling dependency and, at the same time, automatically eliminates the vast majority of conflicts in word boundaries, totally eliminating the need for a multitude of rules for conflict resolution.

Stenomaster Theory - The StenoMaster Theory is founded upon the belief that machine shorthand should be just that - short, and not stroke-intensive. Stragically built upon concepts rather than simply assigning arbitrary briefing, it readily expands each individual concept into potentially hundreds of brief forms.

Roberts, Walsh, Gonzalez Theory - Theory textbook Computer Shorthand: Realtime Theory (3rd Edition) by Allen Roberts, John Walsh, and Jean Gonzalez (better known as the Roberts Walsh Gonzalez theory textbook) is a theory textbook that has been used for many years because of its ease of learning. Although the textbook has not been widely marketed, it has an established following.